AFTER THE BALL IS OVER

An early morning, early autumnal view from the window in our new extension. 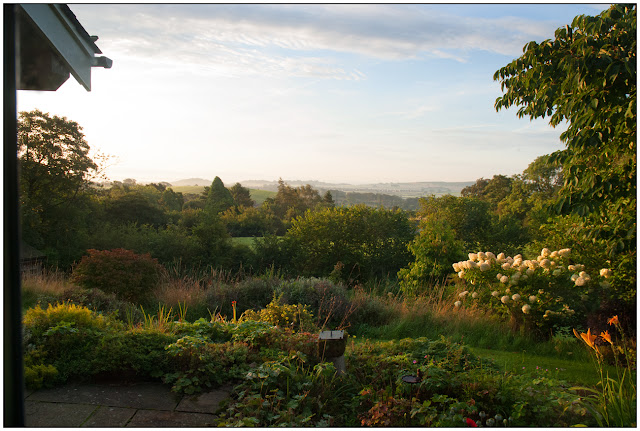 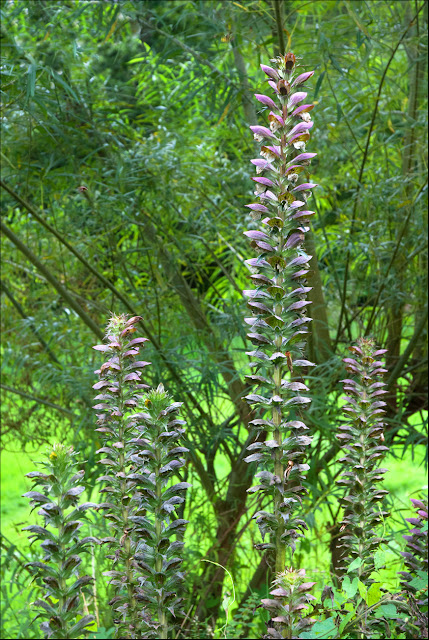 If I move a plant and do not know what to do with it it gets put in the weedy jungle on the banking below the veg beds. One example is this Acanthus - one of the prickliest things I know - vicious. Anyway it seems to enjoy being there along with some Tansy and pink Japanese anemones, a pink sidalcea and cast off day lilies. The background is a discarded willow that has been mutilated by tying the branches together - albeit in a rather haphazard way. We used to have a willow tunnel but that got removed when it got too big. In the spring there are still two lines of daffodils where it used to grow. Other willows now form a barrier between the garden and the back field in the very top corner of the garden. The box hedge by the main shed has been trimmed.  However, in attempting to take of a shrivelled leaf from the courgette rather than cutting it off, I pulled the whole plant out of the ground and it is now on the compost heap 😧. 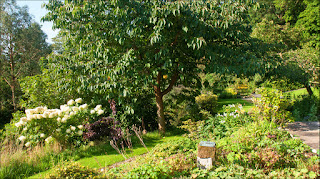 As you may have gathered I am home from the dreaded hospital and on crutches. Enough of my trials and tribulations - just the endless exercises to come and remembering not to kneel down. Steve Austin has nothing on me! For those who cannot remember who he is or was too young - use the internet. Op did not cost 6 million dollars though - good old NHS - hands off Mr Trump. 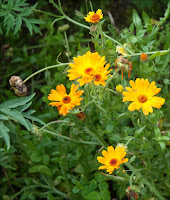 Down in the veg beds the marigolds are doing well and I am letting them run to seed so I can collect it and sow in the spring. They brighten up a dark corner and are surprisingly hardy. I have raised the canopy on a couple of trees including this on the right and the liquidambar.

Talking trees the white birches are wonderful with their peeling bark. Apparently some people will wash the trunks - a bit much for me. 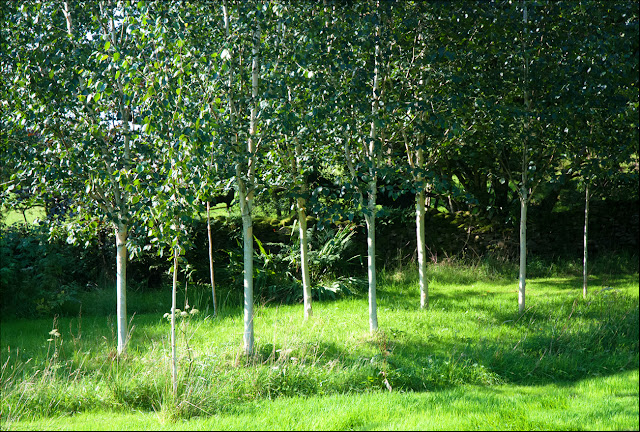 One small plant that gives good ground cover is the Creeping Jenny. Not many of its yellow flowers showing now but you can see how it got its name.

An update on our ash trees - I have had info from an expert and there is little to be done except, if they are dying and liable to fall on the house, have them cut down. Someone is going to make a lot of money from this. Perhaps I should buy a chain saw and climbing harness - I mean, knee done I might be able to do anything - can one climb trees with crutches?

So finally what is this orange fungus - it is not growing on my knee. I think we shall have to wait and see.  It does not look like any of the images on the web but might be in its infancy - can a fungus be in its infancy? Dunno. Orange peel fungus sprung to mind but . . . 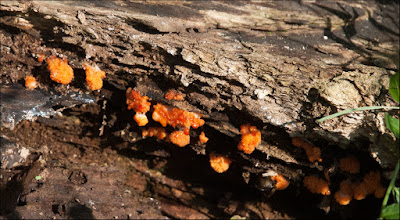 Finally, finally a bow to memory loss - in the rosa rugosa hedge I can see out of my window is a shrub covered in red berries. I am sure I did not put it there - did I? This is one of the tall shrubby cotoneasters, not horizontalis.

And now for something completely different - as a man delighted that he only has two knees, albeit metal. It will be interesting to see if, after being left for a couple of months, how much work it will take to recover the garden. I mean trees and shrubs are little problem - it is more mowing and scything and weeding, let alone planting 450 bulbs!!

Posted by Duncan Darbishire at 11:34