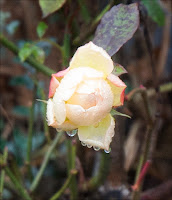 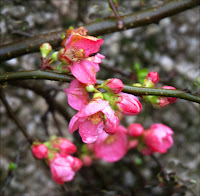 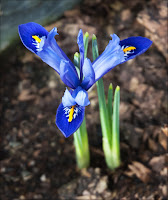 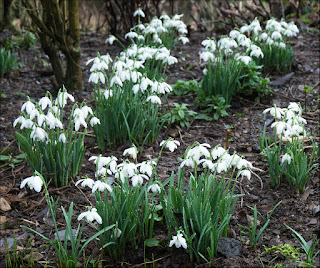 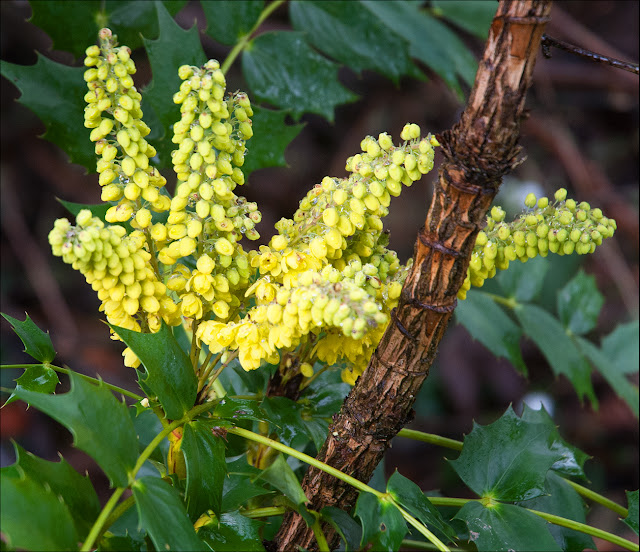 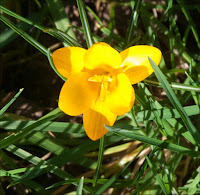 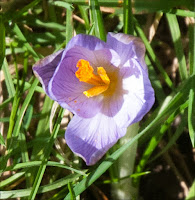 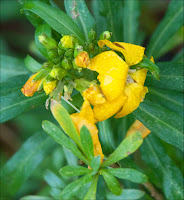 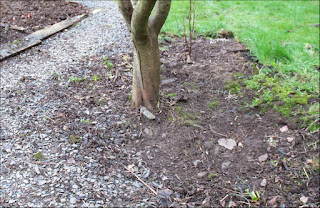 The dead grasses have been cut back and I have cleared the area under the damson tree where everything got dumped.

Having said all that we hear there are storms ahead - in fact we have already had some strong winds - this bench regularly is very laid back. 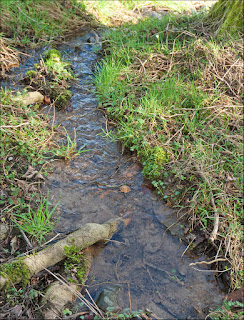 Plenty of water in the garden - standing in the grass near the pond. The new spring is running well - the old stream comes in on the left and is a trickle of itself.

Lower down it cuts through the unsown luxurious grass and past the white  birches. 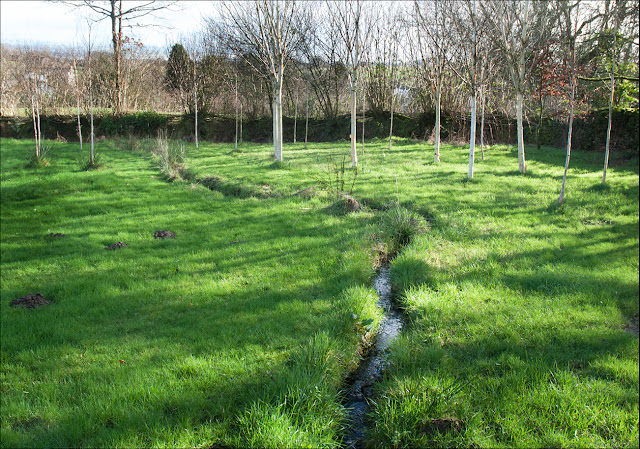 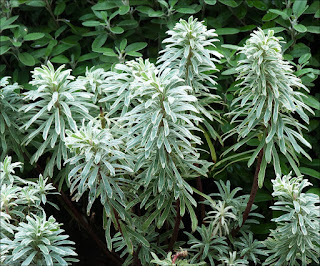 There are at least four or five different species of euphorbia in the garden, here are two performing well.

Two shrubs with flowers - the winter flowering pink viburnum and the shrubby honeysuckle. 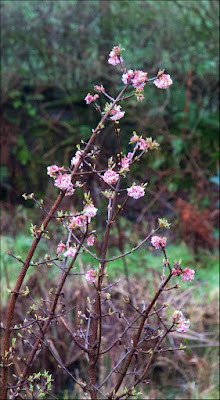 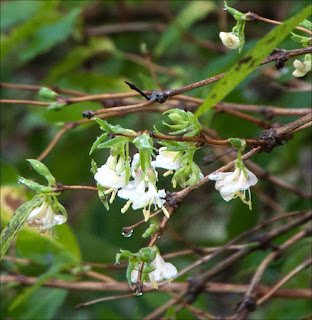 Enough for now, have found a new gardener via my son but he is a little delayed due to a baby due any minute. We look forward to his help.

Friday morning and a hard frost and the mallard are back on the pond. R is happy.

Posted by Duncan Darbishire at 08:10