Keeps raining all the time. 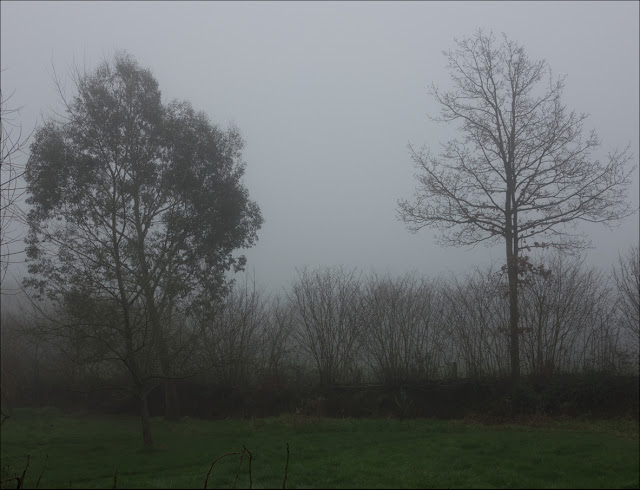 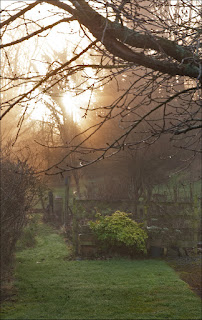 It is Sunday and storm Ciara is raging, lashing the windows with rain, whipping the eucalyptus into a frenzy. Hatches are battened, seats and pots moved to safety. Water foams out of the small wood at the far end of the garden and makes nonsense of the tining I did with a fork to parts of the lawn to try and reduce its bogginess. Its is duck weather and the mallard are on the pond. Nor does the rain deter the birds on the feeders - tits, finches and sparrows on the sunflower seed which they take aside and head for a bush where they can eat, safe from the sparrow hawk.
The nyger is less visited and mainly by goldfinches. Then the peanuts where the birds sit and peck, sometimes up to six at a time and, just now, a greater-spotted woodpecker. On the ground apples halved are consumed by blackbirds and robins. Fallen seed is snapped up by the same plus dunnocks, thrushes and pheasants. 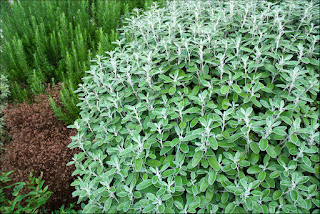 It is when the dark days are here that one notices the more subtle leaf colours, the greys. The brown here is a potentilla, not dead though it looks like it, just waiting for spring to put out new leaves. (At least I hope it is not dead.) There are signs of life  - rhubarb and chives, new leaves on the elder. 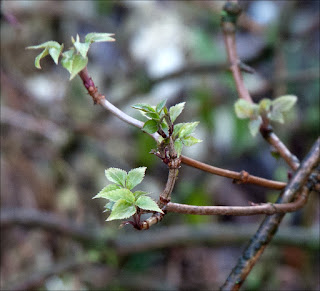 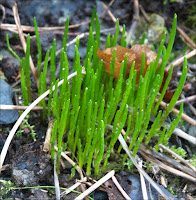 I look at the garden and its lack of straight lines, tidiness and then move to a wall and straighten a picture that is a few millimetres out of true - ? My mother used to do that after her cleaner had dusted them and they were all slightly wonky. Anyway nature abhors regimented rows - that is something we try to impose upon it.
The snowdrops are closer to a carpet than they have ever been - a little more division again later to enhance that effect.

The rain stopped and I walked up the garden, stepping over fallen ash twigs, as a mistle thrush sang from the old ash tree. The stream was in full flow. I stayed on the chipping paths as all else was either under water or at least saturated.
Back in the house the roar of the wind in the trees was clearly audible. As they are to the west they do give us some shelter.

So to Thursday and Storm Denis - what silly names, at least it could be storm Thor or something.
So sun on Wednesday afternoon - birds singing, first daffodils blooming and then wind and rain and gloom all over again. They say the jet stream is coming straight at us from America. I presume that means the bad weather is all Trump's fault. 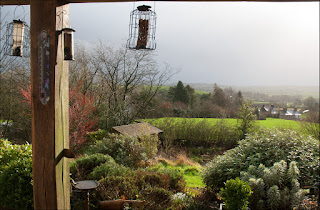 Should be Storm Donald then?
Okay for ducks? 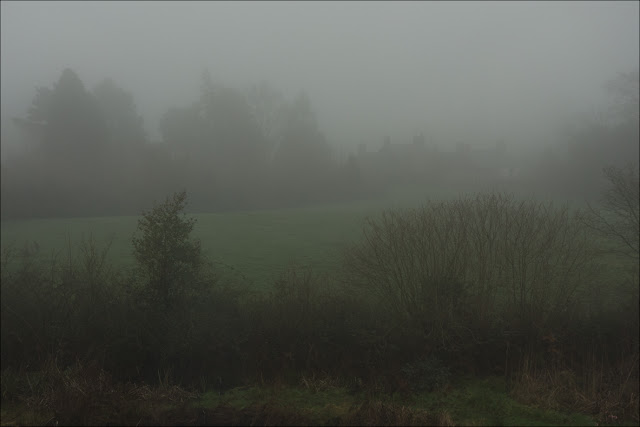 Posted by Duncan Darbishire at 13:49